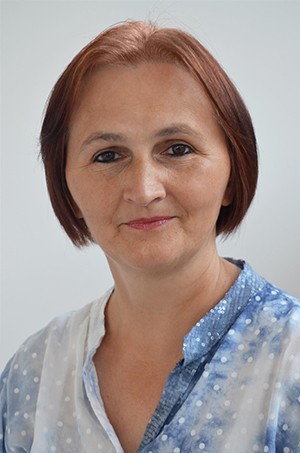 I was born in 1962. My interest in a healthier lifestyle began in the late eighties of the past century through various healthy diet systems: the American School of Natural Medicine, Vegetarianism, Macrobiotics … and later through yoga and meditation.

In the mid-nineties, I practiced the technique Cutting the Ties that Bind, developed by Phyllis Krystal.

Since 1998 I started to study homeopathy (LICH – London International College of Homeopathy) that I successfully completed in 2002. After graduation, I have practiced homeopathy for 6 years.

Getting to know Theta Healing

I experienced my first healing experience with theta technique in 2005. A few months later, I attended the Theta healing seminars in Zagreb, given by Goran Karna, the instructor of theta technique.

In October 2007, I organized the first Theta Healing seminar with Goran Karna in Belgrade, and with this began the spreading and development of this technique in Serbia.

Other activities and interests

In addition to working with clients, I was involved in the organization of seminars and the practice of Sun Yoga and Shibashi Qigong that I personally was (and still am :)) interested.

In the early nineties, I was interested in Indian spirituality (Hindu philosophy, yoga, meditation …) To complete my search, I have been in India six times so far. It was a real pleasure to discover the wisdom of an ancient civilization which, no doubt, is a base of many other modern civilizations. As part of my research of India is a learning of the Hindi language (both spoken and written) and it is a real rejoicing for me :).

Parallel with the study of Hinduism, I was attracted by the Chinese Taoist practice and practicing Qigong and the Inner Alchemy. All this, for now, has satisfied my spiritual aspirations. Sungazing and later Sun Yoga have also become an integral part of my spiritual practice.

Six years ago I completed Permaculture PDC seminar, the first seminar held in Serbia. I believe that self-sustainability is very important in today’s civilization.

Acupressure is another method for improving the health that I learned in India in 2013. It is suitable for solving many health problems.